Stories and Histories from Sefarad

Songs from the Lives of the Sefardic Jews Around the Mediterranean

The Middle Ages in Spain were an important chapter in the Jewish people's history. After they had partaken in the
Golden Age of classical Arabic culture in the Middle East, Jews played an essential role in medieval Spain as
intermediaries between Muslim  and Christian culture.

But on August 2nd, 1492, their exodus began: In the course of a few months, more than 600.000 of them were forced to leave Spain and the Spanish dominions under degrading conditions. They found an exile mainly in the various parts of the Ottoman Empire.

Be it in Constantinople, Saloniki, Egypt, Syria, Palestine or the Balkans, the Sefardim were stimulated by prevailing
local traditions and thus further developed their "imported" culture. The characteristic traditional songs of the Sefardim
were and still are 'romanzas' in the Jewish-Spanish language called 'judezmo'. These songs narrate about Jewish-Spanish
life and Spanish history. This living, mostly female tradition, in which the exiles transmitted ancient epic tales in medieval
Castilian Spanish, was significantly influenced by contact with the various languages and musical cultures of the regions
where the Sefardim lived.

The change- and painful exile history of the Sefardim is at the same time the story of uniquely fruitful intercultural encounters.

«With their programs, Sarband often open up whole new musical levels to the listener, levels which had hitherto been unrecognizably wrapped in the veils of folklore … a flamboyant tone painting, whose intense hues were a blend of Spanish lyricism and the Romance Ladino language. The enchanting intonation served the texts which told of love and jealousy, of fame and longing.»  Jan-Gert Wolff, Main-Spitze (Germany), 11.08.2011

«… This symbiosis made an exceptional master concert a successfully integrated work of art with a highly instructive
background.» B. Hoeltzenbein, Neue Westfälische (Germany), 03.11.2006

« ... a particularly delicious program, as much for the refinement and accomplishment of the ensemble's players as for the experience of hearing music that is unquestionably «other», yet somehow familiar.  There's much to take away from such a concert.» Michael Manning, The Boston Globe,15.06.99 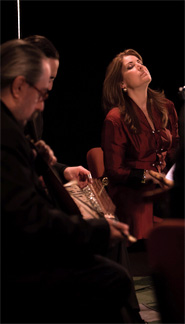 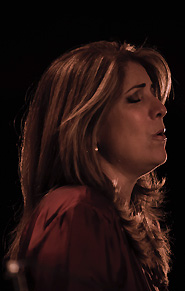 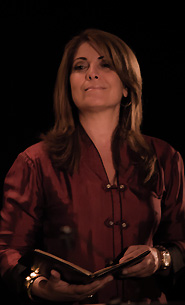